Lip and Tongue Piercings: Can they harm teeth and gums? 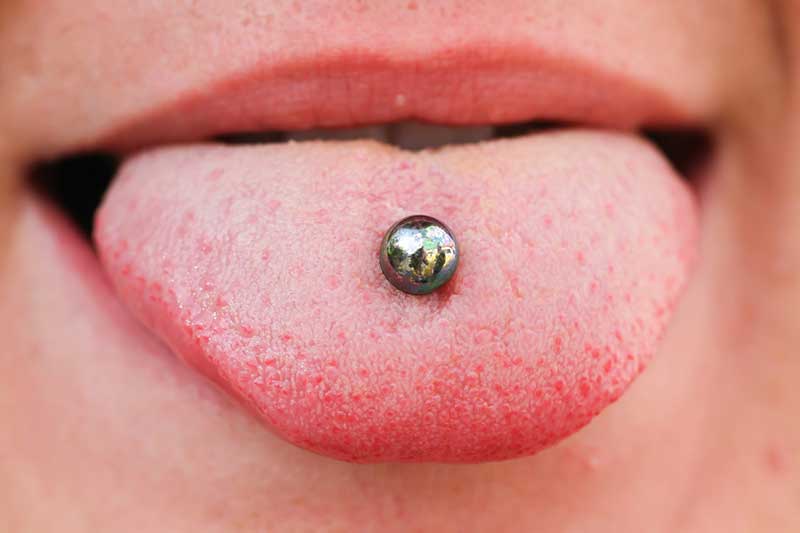 Why Dentists Aren’t Happy About Lip and Tongue Piercings

A new study revealed that lip and tongue piercings can harm teeth and gums. While many people enjoy the fashion statement that piercings make, the effect on health may not be worth it. The study examined people with piercings as recent as one month and for as long as 19 years.

Details of the Lip and Tongue Piercings Study

As reported in usnews.com, evidence of gum disease was present in people with piercings. Gum disease showed up as:

Keep in mind that gum disease can eventually lead to bone and tooth loss.

This research analyzed eight studies that involved 408 people, which included 236 combined lip piercings and 236 tongue piercings. One in five of the subjects had more than one oral piercing. Most of the oral jewelry worn in the piercing was metal. Researchers studied teeth and gums next to the piercings and compared them with other areas in the person’s mouth.

Areas around teeth next to tongue piercings showed that:

The study concluded that oral piercings, and especially tongue piercings had negative effects on adjacent teeth and gums. In particular, the damage occurred around the bottom two front teeth, which are vital for chewing and biting.

In addition, the damage was proportionate to the length of time the person had the oral piercings.

At Hutto Hippo Family Dental, our staff is happy help you. We are glad to answer your questions about all kinds of dental concerns. We’ll strive to get you in to see the dentist as soon as possible because we don’t believe in making patients wait.