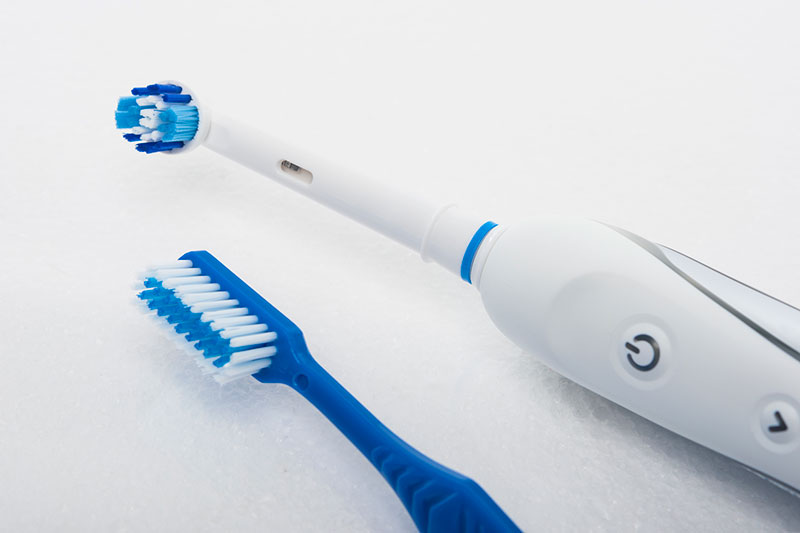 The Latest, Most Comprehensive Study Reveals the Winner

Using electric toothbrushes is more effective than manual brushing, according to the most recent study. The most comprehensive study done to date, which lasted 11 years, delivered the facts.

Oral Health Foundation reported groundbreaking research from this longest study on brushing teeth. It determined that electric toothbrushes were more effective than traditional ones.

In the past (2015), Consumer Reports indicated that electric and manual toothbrushes had the same degree of effectiveness if the person did a thorough brushing for two minutes twice a day.

Even so, dentists have recommended electric brushing over traditional brushing for many years. Also, a number of smaller studies that were less conclusive have been supportive of the electric over manual brushing practice.

What Electric Toothbrushes Were the Most Effective?

Electric toothbrushes with heads that oscillated or turned in both directions were the most effective at removing plaque.

The study also found that nearly two out of three people who used electric toothbrushes did so for the purpose of better teeth cleaning. Based on their dentist’s advice, over a third of the subjects tested had chosen electric brushing.

Expense was also a consideration for some people. Even so, electric toothbrushes are becoming less pricey and more affordable than they used to be.

Many people do not actually spend two minutes brushing their truth. As long as you let the electric brushing cycle complete, it will go for two minutes.

Other facts from the Journal of Clinical Periodontology that showed how electric toothbrushes were effective (over the 11 year period). Facts included:

The tooth brushing standard has not changed. No matter which type of toothbrush you use, you should brush for two minutes, use fluoride toothpaste and brush twice a day.

Do You Have Questions or Concerns About Dental Care?

At Hutto Hippo Family Dental, we are glad to answer any questions you may have explain dental care and related treatment.