Ionic Toothbrushes – what are they and how do they work? 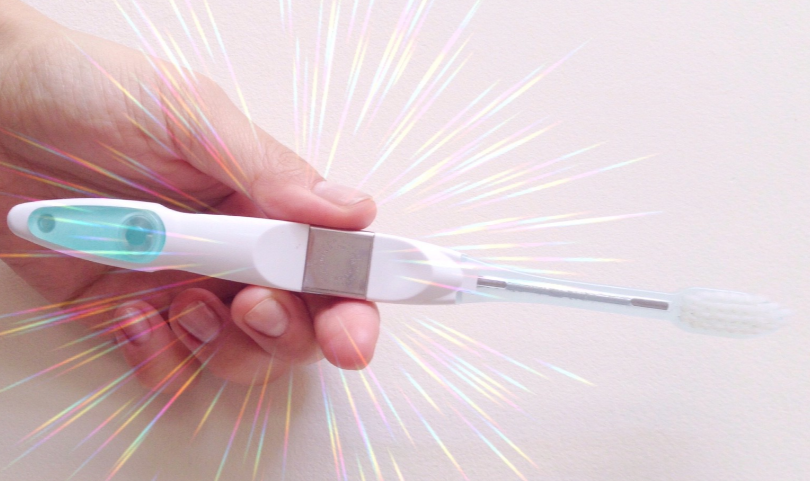 Ionic toothbrushes remove plaque through the use of ions, which are molecules that carry a net positive or negative charge. This is relatively new kind of powered toothbrush and you may not have heard of it before.

A dental hygienist wrote an article about ionic toothbrushes and explained that she discovered them when a patient came in for a dental cleaning and her teeth were amazingly plaque-free. The dental hygienist had never seen anything like it before. In fact, that very evening, she bought an ionic toothbrush for herself and noticed how slippery clean her teeth felt when she woke up in the morning.

How Do Ionic Toothbrushes Work?

An ionic toothbrush has a small titanium battery built into the handle of the toothbrush. The battery connects to a titanium rod that runs throughout the toothbrush. A thin metal plate or band surrounds the toothbrush handle. Before brushing, you moisten your hands with water, and when your fingers come in contact with the metal band, the wetness creates a closed circuit. When you brush, the charge transfers to your teeth, which repels plaque from the tooth surface.

Plaque has a positive charge, and the surface of your teeth has a negative charge. The opposite charges are why your teeth attract plaque and it sticks to them. Science explains this activity through the law that opposite polarity charges attract each other but the same polarity of charges repel each other.

Dr. Baker stays on the cutting edge of dental technology to help his patients receive the best dental care possible.